I was given the Sanskrit name, Meera (also spelled Mira) by my Gurudeva, the great Sri Swami Satchidananda. 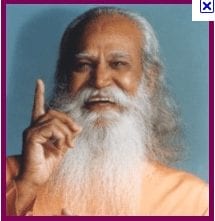 He told me at the time that it meant “the celestial singer”, and that it was the name of a famous Indian saint, Mirabai. She was born a princess in South India around the time of Columbus, and was married off to a prince at the young age of 13. Her young husband died a few years later, and in the tradition of the day, she was expected to throw herself on the funeral pyre and die with her husband. But Mirabai was not your ordinary Indian princess! She was an enthusiastic devotee of Lord Krishna, and spent the rest of her life singing and composing songs to the Divine.

Mirabai’s in-laws were horrified that she could be found wandering around with the local swamis and travelling sadhus, chanting and singing praises to Krishna. My favorite story is that her Mother-in-law tried to kill Mirabai by offering her a goblet of a drink laced with poisin. Mira offered the drink to her Lord Krishna, drank it down with glee, and the Mother-in-law dropped dead! Miracles were commonplace in her world.

Mirabai’s songs express her love and devotion to Krishna, almost always as Krishna’s wife. She left the confines and safety of the in-laws, and went to Vrindavan, one of the places known as a home of Krishna. Her songs speak of both the joy and the pain of love, and are still sung by devotees today.

When I met Sri Gurudev, I was working as a musician, and was writing pop songs, one of which was called Water My Soul. It was a pop ballad in the tradition of quasi-spiritual songs like Bridge Over Troubled Waters, and Let It Be. If you’d like to hear Water My Soul, go to soundcloud

I feel a connection to Saint Mirabai, and I hope she is enjoying my songs!