Yoga at the Smithsonian! 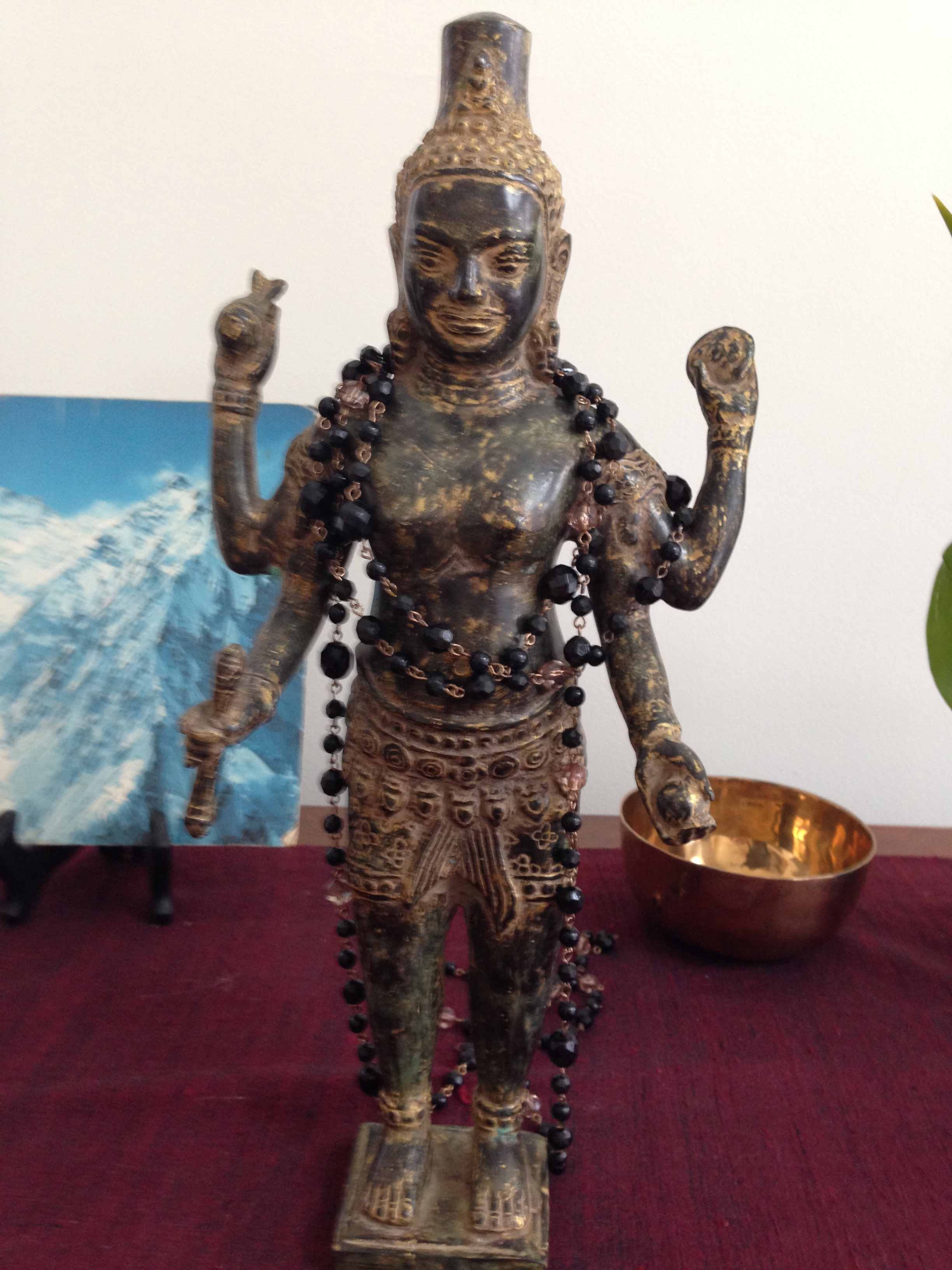 Last month, I went to the Yoga show at the Freer Gallery of the    Smithsonian Institute in Washington DC.  It was FABulous!  Every room was full of treasures from antiquity–ancient statues of gods and goddesses, meticulous drawings of infinite detail, depicting scenes from scripture or folklore.  As we were leaving the exhibit, I saw a beautiful bronze Siva from the 11th century that was almost identical to the Cambodian Siva I was given by my son from his last trip to Cambodia.

When I opened the package, which he had wrapped in a beautiful pashmina, the energy from the statue was palpable.  Was this a sacred statue, or murti,  that had been the object of worship many cnturies before?  Was it something that had been stolen from an ancient temple and sold off in the market?  My son Dave said the seller didn’t have any information about its history.

To assuage my guilt at possibly harboring a fugitive, my Siva sits in a place of honor in my home, and every day I offer my salutations, and other prostrations–flowers, incense, and a candle.  To me, the gods and goddesses are real entities, just as the cross isn’t just a symbol to me, but has its own power to connect to the divine. 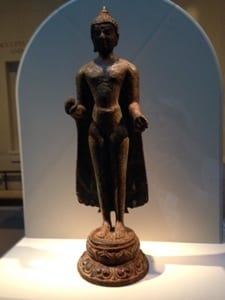 Science has proven that the old adage is true–as we think, so we become.  So I choose to imbibe the sacred qualities of my Lord Siva, who has the capacity to destroy all my negativity, my weaknesses, my pettyness, so I can come to his holy feet and recieve the abundant blessings of the One.

If you don’t have a sacred object to honor in your home, I highly recommend you find something that speaks to you.  It could even just be a rock!  Everything is alive, and we give meaning to things by our intention and awareness.  The Truth is One, the paths are many, it says in ancient scripture.  Because the notion of God, or the Divine, is so vast, we can’t possibly perceive with the conscious mind what that God is.  We need to bite off little chunks of the divine to taste the sweetness.

Stolen or not, my Siva is alive and I’m grateful for his/her (remember, Siva is a hermaphrodite!) blessings every day.  Om shaanthi.