My teacher, friend, and Guru accepted everyone–folks of different faiths,  points of view and even body types.  He  spoke often about how it was more important to lose the weight of our negative mind than to stress out over losing physical weight.  One of his dearest devotees was his chef, a beautiful round woman named Parameshwari, who broke Gurudev’s heart when she left the ashram to follow her husband to the west coast.  He admitted he preferred hugging her to someone very thin, and that there was nothing wrong with carrying a little extra weight.  He pointed out that some animals are designed to be lean and lithe like the giraffe, and others plump and sturdy, like the elephant.  You wouldn’t put an elephant on a diet!

So, I was surprised to read this quote from a recent newsletter from the ashram:

The stomach is a sacred, divine instrument. It wont ask for food until it exhausts the previous food. Unless it digests all that it has inside, it wont ask for anything. Some people may say,No, it asks very often. And I say thats false hunger. Thats why so many are overweight. When the real hunger comes, youll know what it is. Youll have to answer that call. But when the false hunger comes, if you just ignore it for half an hour or drink some water, it will go away. And any hunger that makes you drowsy or produces gas is not real hunger. Real hunger makes you more alert, more bright, more light. Seldom do we know what the real hunger is. Its a joy to know hunger. So when that hunger comes, then you can put something into the stomach.  God bless you. OM Shanti, Shanti, Shanti.

This speaks to his ability to address all sides of any question! 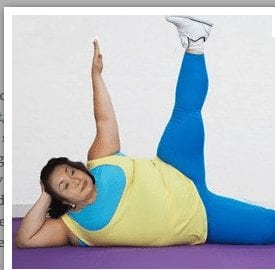 You don’t have to be thin!

I suggest we agree with both sides of the coin–that being overweight isn’t the bug-a-boo our culture would have us believe (because it’s more important to be healthy than to be thin) but at the same time, consider the Swami’s wisdom on false hunger.  As he says, real hunger makes you more alert!  It’s a joy to know hunger!  The stomach is sacred!

Food for thought for all body types.