What Is Big Yoga, Anyway?

Recently, I met a woman at Yogaville, at the Satchidananda
Ashram who wanted to know what Big Yoga meant.  So I thought I’d take a minute to tell the world!

Big Yoga, patterned after Integral Yoga, is first and foremost a classical, heart centered approach to the ‘bigness” of Yoga.  Classical Yoga is more than a series of exercizes. Yoga is an expansive, wide range of practices that bring us to the stillness that leads to the realization of the True Self.  In Big Yoga we include all the various practices, from the devotional Bhakti Yoga, to the path of self-inquiry, known as Jnana Yoga;  the Royal Path, known as Raja Yoga, and  Karma Yoga, the path of self-less service, and of course, Hatha Yoga–the physical poses.

We adapt the Hatha poses for folks with challenges.  Initially, I designed Big Yoga for people like myself who carry extra weight, but I have seen its powerful healing effect for people with other challenges–stiffness, old age, injury, and neglect.  And it can be done anywhere.  My new book, Big Yoga for Less Stress, (coming later this year from Square One Publishers) offers a sequence that can be done at your desk, to prevent burn out at the office!

If you were to come to a Big Yoga class, in addition to the Hatha poses, you would get a tase of Bhakti  from the chanting, a taste of meditation, the energizing effects of pranayama, and the deep healing of Yoga Nidra.  Big Yoga is the whole package–a sacred practice of embodiement and transformation! 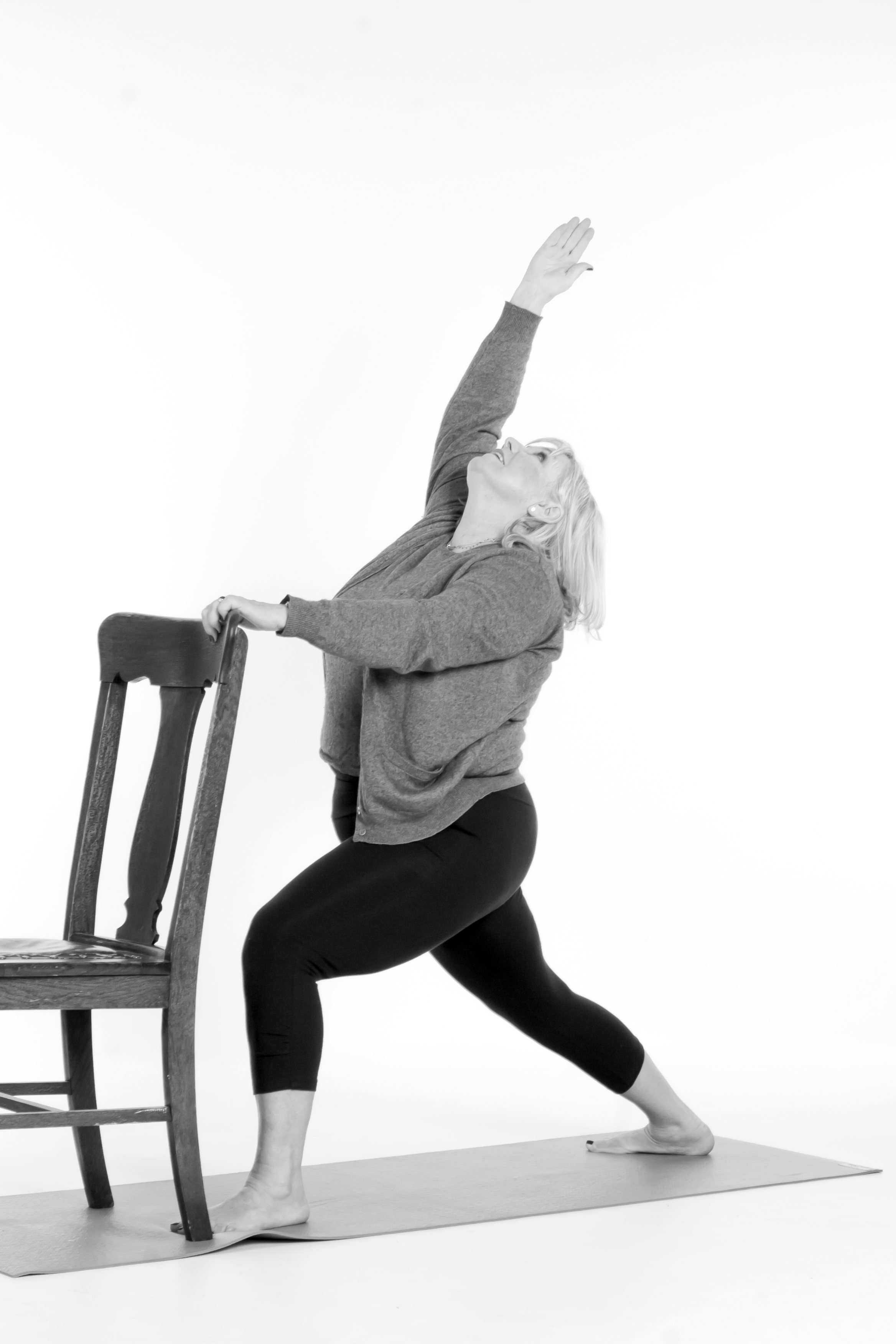 Yoga at your desk